The 4th national educational conference of Don Bosco schools, with the theme: “Don Bosco; Transforming India through Education” , organised by the Don Bosco Schools India in collaboration with the Salesian Province of Guwahati, got off to a colourful start with the prayer song, the power of your love, lighting of the lamp, floral tributes to Don Bosco, welcome and felicitation by Rev Fr V M Thomas the Provincial.

In his message Dr Shantikam Hazarika, Founder Director of AIM Guwahati, spoke of the coaching industry being at cross roads. He spoke of certain dangers facing the community involved in education. They are state sponsored corruption and idea that one measure fits all. He exhorted the principal present to empower and respect the teachers. He concluded saying that the Don Bosco Principals must use the autonomy they enjoy to be assertive in the field of rural education as “You are the only beacon of hope.

Delivering the key note address, Prof. Ashok Dutta, former director of IIM Shillong, as a past pupil of Don Bosco humbly asked: How do you teach students who know more than you? He spoke about the six challenges facing education today 1. Population, 2. Conflict, 3. Peace Promotion, 4. Water, 5. Energy, and 6. life skills. He wondered why we the Don Bosco network is not being projected as role models in spite of our contribution. We need to be cautious about students that they will not take up to radical thinking. He concluded saying “Meeting you all is enriching for me.”

Fr Fabio Attard General Councillor for youth Ministry, International Headquarters, Rome, conveyed the good wishes of the Rector Major, Father Angel and hoped that our meeting here will have its desired effect of Transforming India through Education. He said: “We are here in an exercise of listening. We will discover and embrace opportunities. We will work for a future which our young people deserve – a future full of Joy and Optimism.”

The second day commenced with the Eucharist presided over by Archbishop Dominic Jala.

The delegates were welcomed for the morning session with the Flag hoisting by Fr Fabbio Attard and the music of the School band.

He spoke of the arrival of the Salesians to India over 100 years ago and how we worked hard but did not make use all our abilities in this work. We have a powerful group of past pupils, the advantage of demographic dividends, but our impact is less than astounding. We are not putting these to the advantage of the young. There is no place for complaisance and self-glorification. We need to be fully involved in evolving a better society by good Economic policies. We must be part of the nation building process by creating people of character compassion and commitment. Therefore, we should not be island of excellence but reach out beyond our schools were our target group of the young and particularly the poor are to be found. We should dream higher and soar to higher levels vigorously and fearlessly even to position Salesians in government schools. Let us dare to be quality educators of the marginalized, Fr Thomas said.

Dr Fabbio Attard spoke of Salesian Education: as a preparation of the global citizen in the Don Bosco Way. Beginning his lecture with an incident in the life Fr Juan Vecchi, he spoke of Fidel Castro who told him that Castro and his party would never give up the task of forming young minds to anybody else or any other organization than themselves. We should never lose sight of the bigger picture and we need to understand that school goes beyond schools. Dividing lecture into three parts he spoke of our Heritage, our paradigms and our challenges.

The heritage we have is a free gift and we can either flourish or consume them. Intertwining our gift with the reality around us, we must not only see our problems but see through them in compassion. And there we shall see the misery and malice of society. The meeting Don Bosco had with Bartholomew Garelli is a great opportunity for us to live by the original style of Don Bosco.

Out of our heritage emerge our paradigms, he said. Sharing the wisdom gained is more that passing on academic knowledge. The focus must shift from the individuals to the community. The community as a paradigm is the best gift and antidote, we can offer our students. The aim in our centres must be not merely to grow in knowledge but also in the values of empathy, maturity of being ready to help others out of conviction and not convenience.

Presenting the challenges before us he said he said that there is a danger that the only value to be safeguarded and promoted is me and myself. Therefore, we need to climb then step of being merely professional to be prophetic. As we have lost some sense human connectedness, we must get back top affective meaning of connectedness to virtual ones. Going further into communication with the youth there is greater urgency for Salesians to become significant adults in their lives. The Educative Pastoral community being a privileged space, Salesians, teachers, students, parents and all stake holders can together synergise our efforts on behalf of the young. He concluded by saying that we must do all we can to make sure that our students find themselves in a win – win situation.

The next speaker Archbishop Thomas Menamparampil SDB, spoke of Preparing young minds for a corruption free society. Referring to Probity in Public life, he said that we live in an era of extremes. Corruption is the greatest threat to Economy. He defined corruption as the wrong use of power. Some people have considered market as the new form of religion. Today we need not only ethical but also courageous officers. Laws alone cannot bring ethical norms to society. Unfortunately, we in India are known for inefficiency and corruption. We need to realize that we cannot be fully human without being ethical and consequently we need to recognize our mistakes and re organize our priorities. He concluded by saying that nothing is more powerful than an idea whose time has come.

As a follow up of the Pannel Discussion, the whole assembly took up group discussions based on the characteristics of the ideal Don Bosco School, how education will change in the coming years, non institutionalized education, increasing our impact, influencing government policy and our key target groups. The findings of the discussions helped the assembly to form the conference statement.

The 3rd Day began with the Holy Eucharist presided over by Archbishop John Moolachira of Guwahati. Padmashree Dr Kiran Seth spoke about Education towards National Integration and Promotion of Cultures. He drew from his own experience to say how there can be a total transformation in people when the medium of culture is used in the process of Education.

Shri Derik O’Brien M.P. kept the audience spell bound with his free and frank sharing of the power of Democracy in the country. He said that we can become strong only if we can from ourselves into groups right from the village and Panchayat levels. He spoke about the robust way in which Democracy has shaped the life of our people. Sushil Ramola, social entrepreneur spoke of various ways in which young people could take to business and their own business not depending on others but taking the first few steps. Success will follow success.

The business session regarding the approval of the statutes, working calendar 2017-18, Branding of Don Bosco Schools and other matters were taken up in the post lunch session. The final session of the Conference was the musical session taken by Ms Sunita K. Bhuyan. Sunita mesmerized the audience with her violin recitals and leadership inputs. It was an in describe-able mixture of musical notes and profound thoughts about life. The conversation between the table and the violin were simply superb. Ms Sunita showed the participants one more wonderful way in which we can educate the young especially the less privileged by music and singing. 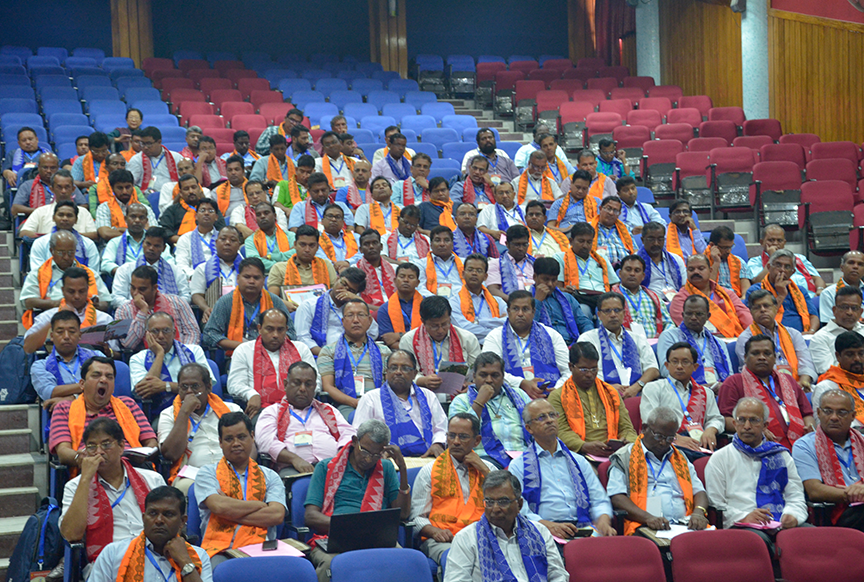 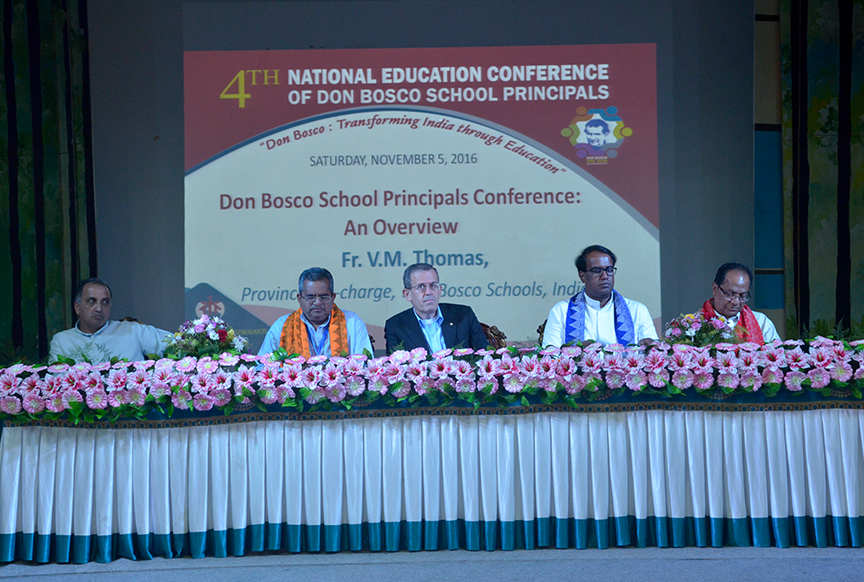 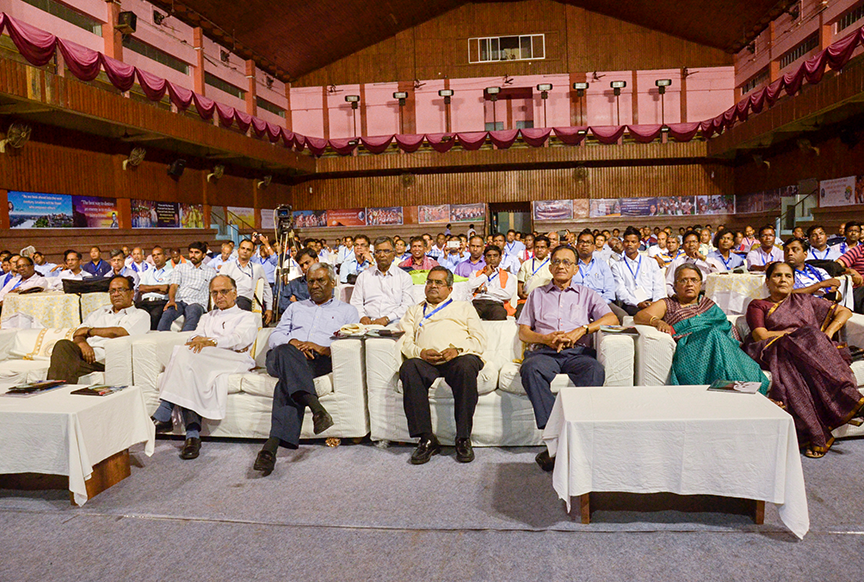 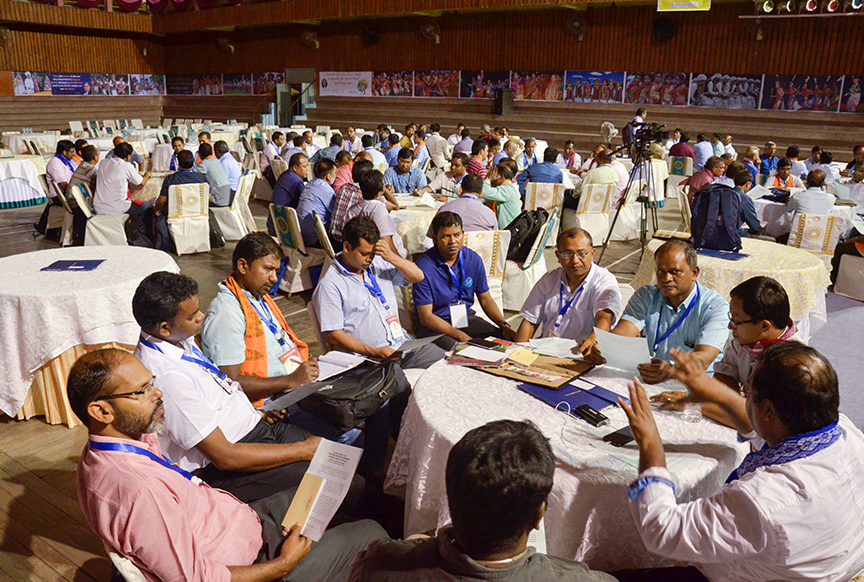 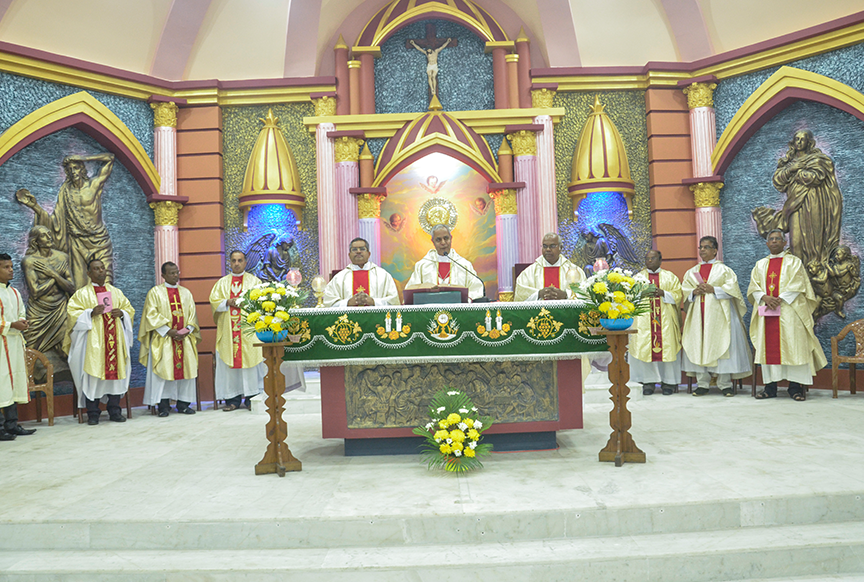 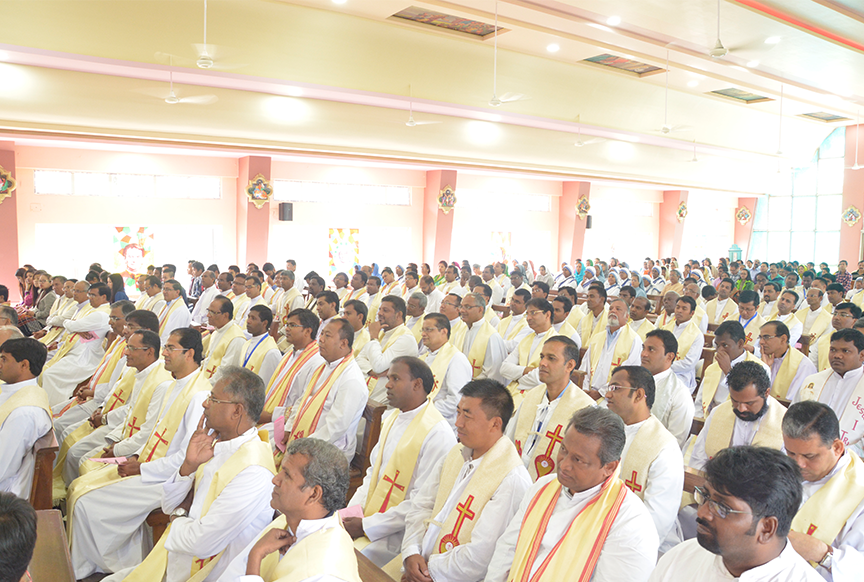 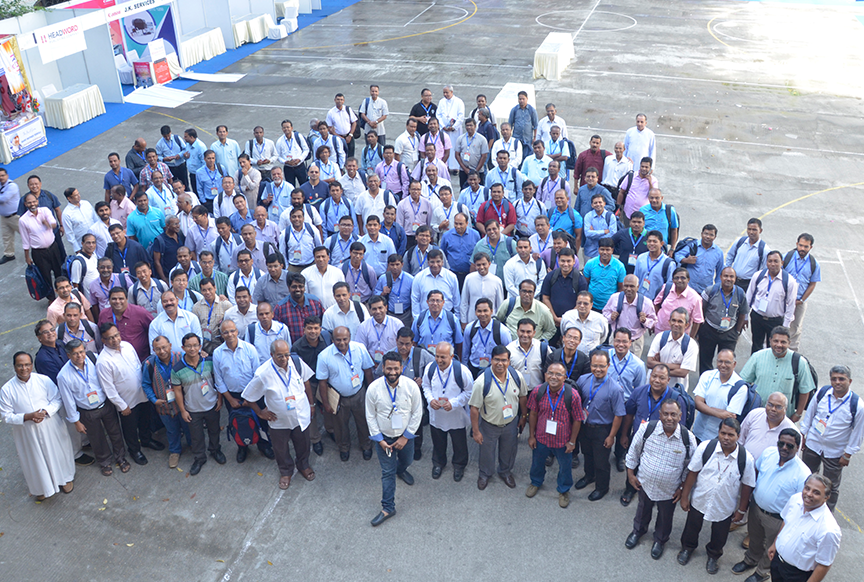 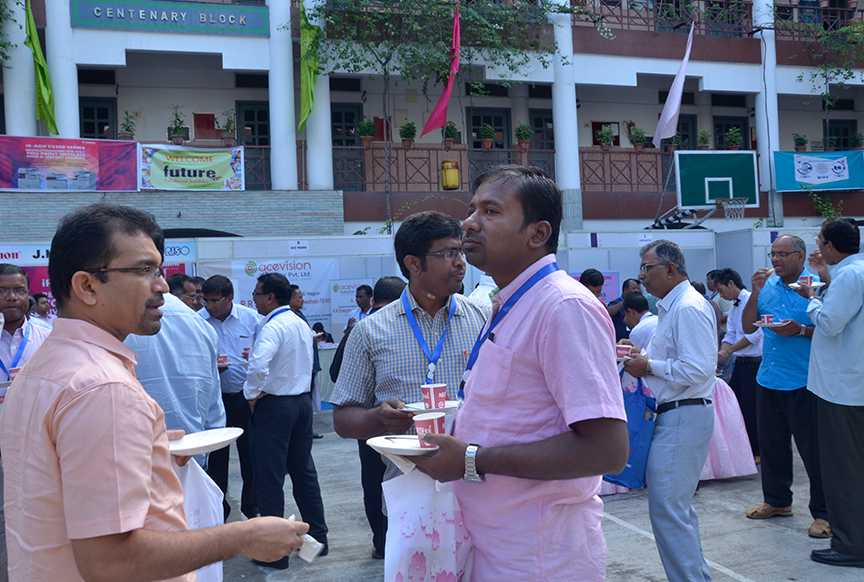 Youth are our Priority and Responsibility
It is the bold and clear statement by the Salesians of South Asia regarding their relationship with the young.

EDUCATORS IN THE FOOTSTEPS OF DON BOSCO

Education is a process which empowers the body, mind and spirit of the person so that one becomes.